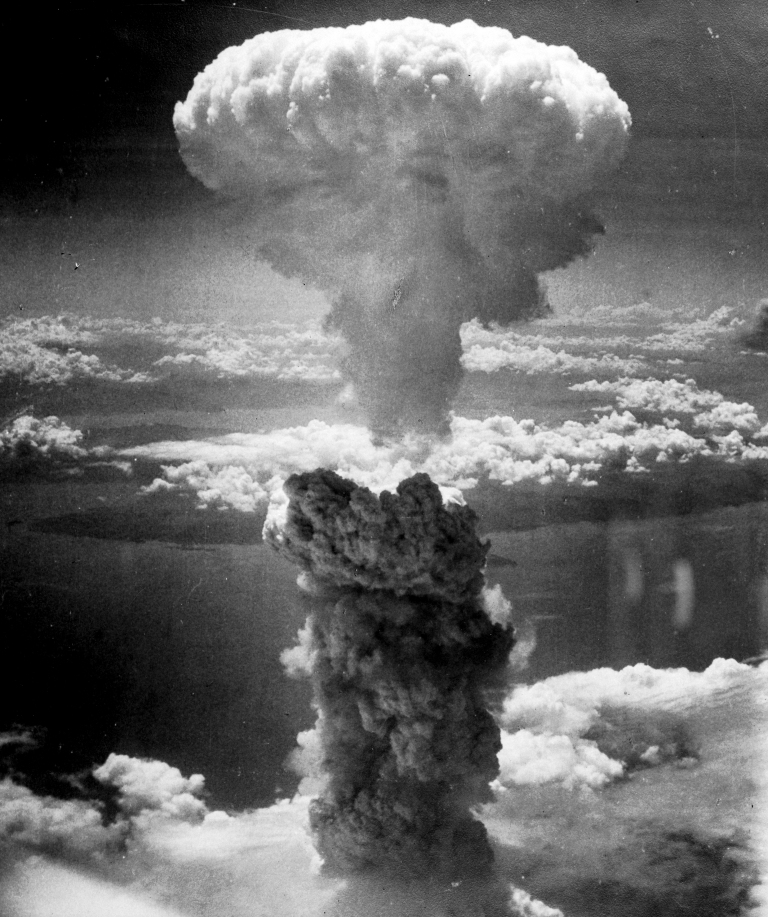 The wind laps at my face. It’s salty, metallic and cheerless. Imbued with some deep meaning I cannot comprehend. This world is much colder than the one we shared. In the year 2037, a little over five thousand humans roam the Earth. If you can still call us humans, that is. I was a resilient old man who didn’t succumb to radiation-poisoning like most of humanity. I survived. As I sit down on the edge of a cliff overlooking the Pacific Ocean, I find it amusing that I have survived instead of so many others, more deserving people. Beloved public figures, celebrities, writers, scientists, world famous politicians. All gone. Radiation and cancer do not recognise oligarchs or dictators. They swallow up everything in their path.

I survived along with 5000 other ordinary people who somehow evolved to battle the horrendous radiation brought on by global nuclear war of 2020. Over a period of five years, those of us went underground grew thick hard skin that shielded our internal organs from the radioactive surface environment. We didn’t know if this was evolution, or some new disease. We didn’t have any qualified doctors or scientists to explain it. But we were thankful. We were ugly, we were grotesque. We were covered in prickly dark crocodile-like skin. But we were alive.

I tried remembering what life was like 20 years ago. My memory has cracks in it, but I still remember the important stuff. I remember you, and I remember us.

I was just a boy, you were fresh out of college and we had so many plans. We were going to find our own home, somewhere in North America. Away from all the baggage that comes with being part of the Bangladeshi bourgeois. No more aunties judging us or no one telling us how we should live our lives. We’d have our own little haven, complete with a Labrador and one fat kid. I would bully the fat kid for inheriting your chubby genes. We were supposed to keep shielding each other from all the meanness, all the horrible things that people did to each other. We were supposed to buy each other books and toys and grow old together.

I wonder how you would react if you could see me now. Face and limbs covered with thick black prickly skin. Eyes glowing red whenever I have to see in the dark, or through the thick smog now perpetually clouding the surface-world. I bet you would be intrigued instead of being scared. You’ve always had a thing for strange peculiar things. Broken things with nowhere to go. You would always bring home limping cats or stray dogs that had been tortured by nasty urchins. I suppose that’s why you brought me in.

I don’t know why I am even writing this. Ink and paper are precious now, I should be saving them for a rainy day, not writing letters to dead people. I guess despite all this mutation, some part of me is still human. There’s still a writer in here somewhere.

You know, I never got over two very specific things in life. First thing when someone poisoned my dog, killed him with rat poison. It was probably one of the urchins from the neighbourhood who couldn’t sneak in and steal mangoes from our yard because of the fierce barking. Or maybe it was my mum. She never liked the dog. And the poisoning happened not long after Jumpy chased down my brother-in-law, some important government official. Mum was not pleased by that. But I like to think it wasn’t her.

The second thing? I never got over how our plans got ruined. Our pristine future. Just you, me, our dog and our fat kid. We would buy each other books and toys, and shield each other from all the meanness in the world. Just us.

I never got over how it all went to shit. How we grew apart and never talked to each other again. For the dog, I had people to blame. But for us, I had no excuse.

So I started the war. I was angry and I pulled all the strings of a war-machine fueled by greed and hate. I thought it would be difficult, impossible even for someone like me to start World War III.

It was surprisingly easy. People are violent and mean, all you have to do is egg them on. Feed their ignorance and fear. Supply wrong people with the right information. Provide them with a rough justification built on emotional appeal, combined with promises of grandeur and they’re all for it. They’re all fired up to go to war. It’s just like advertising. You remember how good I was at that, right? Shaping public opinion, getting people to do things they normally wouldn’t do.

I did it. Not all of it, mind you.. I had help. But I was instrumental in much of the grand scheming that pushed the world towards it’s second and final nuclear war.

And while the world was being ripped apart by gargantuan explosions, I sat in my underground bunker, listened to our song and drank wine. Cinnamon flavoured wine made at home by a 98-year-old Romanian woman. I had saved it specifically for my end-of-the-world celebrations. The wine and the song reminded me of  times when everything in Dhaka would turn a golden shade of yellow, after flash rains in the afternoon. We would always go for long walks on those days. And get chocolate balls from our neighbourhood bakery. And I would make fun of you for eating them. “Oh boy, she sure loves those chocolate balls!”

It’s all your fault. Or maybe it’s mine.

I suppose now it doesn’t really matter. It’s too late for us. Too late for humanity.